Originality in copyright: a meaningless requirement?

Is the originality requirement in copyright a non-requirement? In other words: is there any meaningful threshold to copyright protection?

I’ve had the opportunity to discuss this issue three times over less than a month: first, at a workshop in Berlin, then with a Belgian student and, finally, with an IP lawyer based outside Europe. If these three situations had anything in common, it was the suggestion that the originality requirement is not really a requirement – whether under EU or US law – and that copyright protection is very easy to obtain.

While it is true that originality is not a particularly difficult condition to satisfy, it is still a requirement and: (1) it is not a mundane one, both in the EU and the US; and (2) there are a few instances in which the threshold would unlikely be passed.

If we start from the EU, since the landmark decision of the Court of Justice of the European Union (CJEU) in Infopaq – as a matter of fact – there has been a harmonized EU standard of originality that would be generally applicable, that of ‘author’s own intellectual creation’.

While formally, EU legislature has only harmonized the standard for computer programs, databases and photographs, in Infopaq the Court held that the understanding of originality found under, respectively the Software, Database and Term Directives is also the standard under the InfoSoc Directive.

The CJEU further elaborated upon the notion of ‘author’s own intellectual creation’ in its subsequent decisions, notably (though not only) those in BSA, FAPL, and Painer.

We now know that the EU standard requires the making of ‘free and creative choices’ and that the work carries the ‘personal touch’ of its author. In his Opinion in Football Dataco, Advocate General (AG) Mengozzi also clarified (in case there were any doubts), that the EU standard requires a ‘creative’ aspect, and it is not sufficient that the creation of a work (a database in that specific case) has required labour and skill.

Is this standard easy to satisfy? Not necessarily.

There is national case law (in particular in France) in which the claimant has had demonstrate – but not always succeeded [for an incredible case, see here] – that the work in respect of which they claimed copyright to have been infringed would be protected, ie sufficiently original.

A recent example, at the CJEU level, is the Opinion of AG Campos in Renchoff [here and here]. Although under German law the photo below would be protected [however it should be noted that the Term Directive leaves Member States free to protect ‘simple’ photographs, but that is arguably not by means of copyright, but other types of rights instead], it may be questioned whether the same would be true applying the EU originality standard. The AG, in fact, did not find it straightforward to say that a photograph like the one at issue there would be protected by copyright. 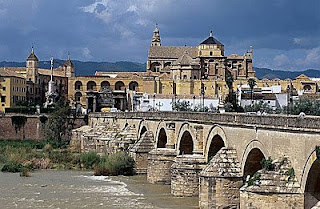 Another example – which I always make when discussing originality with students (in Germany this issue has also been litigated) – concerns digitized images of public domain artworks. This has become common practice in several cultural heritage institutions. What is questionable is suggesting that such institutions own a valid copyright in the digitized images. It is difficult to see in what sense the author of the digitized image below made free and creative choices, and impressed their personal touch in digitizing this (public domain) portrait of the Brontë sisters as realized by their brother Branwell … 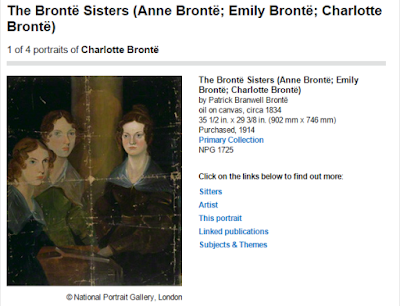 The US understanding of originality

If we move to the other side of the Atlantic, the landmark decision on the concept of originality arguably remains the Supreme Court judgment in Feist, in which the ‘sweat of the brow’ approach was rejected. The Court held that "[a]s a constitutional matter, copyright protects only those constituent elements of a work that possess more than a de minimis quantum of creativity."

According to some, this decision has not raised the bar to protection too high, in the sense that whenever the creative effort is above minimal, copyright protection would remain available.

However, there are cases in the US that prove that the originality requirement is an actual threshold to protection, eg in a decision concerning simple designs consisting of two linked letter "C" shapes and in a case (Satava) relating to this glass sculpture of a jellyfish: 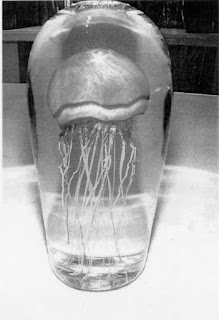 As the US Copyright Office has put it in a recent decision that has denied registration to the “American Airlines Flight Symbol”, "While the bar for creativity is low, it does exist".

Again in Satava, the 9th Circuit held that:

While it might appear that, compared to other IP rights, copyright protection is ‘easy’ to obtain, a thorough assessment of the originality requirement might help dispel this idea (or 'myth'?). If we wish originality to be regarded as an actual ‘requirement’ and not just something we pay lip service to, then its assessment should be conducted rigorously.

This morning I read that an Indiana-based former lawyer and photographer has brought approximately 200 copyright infringement actions over this photo of the Indianapolis skyline: 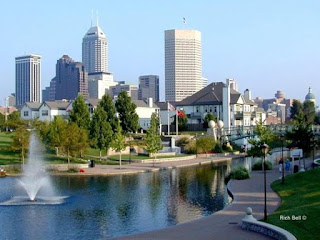 While it might be the case that this photograph possesses that creative sparkle required under copyright law (but try Google-ing ‘Indianapolis skyline’), it would be also interesting to know whether the actual originality of this work has ever been thoroughly assessed. The result might be interesting …